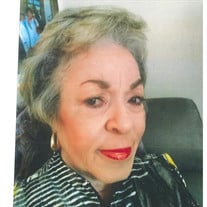 Zelda's journey called life began on the evening of December 8, 1948. Zelda was one of two children born to the late Charlotte Fassitt Parker and James Hall Parker, Sr. She was born and raised in Philadelphia, PA. The first five years of her education she attended Friends' Central School in Wynnewood, PA. This school is recognized as a prestigious, outstanding Quaker school. Zelda's older brother James Jr., was among the First African Americans to attend this school in 1949. This was indeed a sacrifice for her father who worked three jobs to ensure that his children received a good education. Zelda graduated from Germantown High School. Zelda was the proud and privileged mother of her precious daughter Alicia Lauren White. Zelda and Alicia had a loving and unyielding relationship. At an early age she was a member of Christ Church & St. Michaels Episcopal Church where she began her journey as a Christ centered youth. It was in the Episcopal faith that she was christened when she was an infant and confirmed at the age of twelve. As an adult after studying and researching other religions, she joined the Baptist church. After accepting Christ as her Savior as an adult, she was baptized and seriously began her walk with Jesus. Zelda was a member of Enon Baptist Church in Philadelphia, and proudly served on the trustee and joint boards. Upon relocating to Georgia she joined Christ the King Baptist Church. It was at Christ the King her relationship with Christ enhanced through the teachings of the late Bishop W. Ron Sailor, Sr. Zelda considered herself a "Proud Democrat". She was a member of Gwinnett County Democrats. She enjoyed volunteering for many candidates such as President Barack Obama, Stacy Abrams and local House of Representatives. She became involved in many voter registration drives in her community. Zelda was employed by the Philadelphia Housing Authority for twenty-five years. She began her tenure as a clerk and retired as a Contract Specialist in 1997. She began another career with Abington School District in various capacities. It was in 2005 that she became ill which forced her to retire again. If you knew Zelda, you witnessed her strength, endurance, and her faith in God. Her disability could not stop her; she often expressed this was God giving her another chance to fulfill her dreams. In 2006 she made a bold move to Georgia. Also, her darling daughter resided in Georgia and was soon to be married to Nathaniel White. This prompted her to pack her things, sell her home and move to Lawrenceville, GA. This move was truly a blessing and orchestrated by God because later she became the proud grandmom to her little angels, the absolute joys of her life, Andre and Aaron. In addition to being a mom and grandmom, she was known for her impeccable taste in decorating and fashion. She loved to entertain. All genres of music she enjoyed and could be heard in every room of her home. Zelda's all time favorite female singer was Nancy Wilson. Cooking became one of her favorite hobbies. She often created new recipes for her family and friends to enjoy. She enjoyed traveling, especially cruises with family and life long friend, Denise Walker Myers. Zelda was a loving person with a warm smile. She was known for her sense of humor, hearty laugh and giving spirit. She surrounded herself with friends, family and neighbors. She held dear to her heart her dogs (aka "her babies") Buddy and Choncey. Choncey has been her devoted companion for over fourteen years. He never knew he was a dog as he had every right and privilege that a child of royalty experienced. She believed animals deserve unconditional love because they show their love and loyalty in every way to you. At the end of her journey she was fortunate to move to what she called her "dream home". Once again she was blessed to do what she loved and decorated each room with the warmth and design that only she could express. Zelda's spirit will forever be remembered by family and friends she leaves behind; her daughter, Alicia and son- in -love Nathaniel; two grandsons, Andre and Aaron; her brother James Jr. (aka "Butch) who preceded her in death and a host of relatives and loyal friends.

Zelda's journey called life began on the evening of December 8, 1948. Zelda was one of two children born to the late Charlotte Fassitt Parker and James Hall Parker, Sr. She was born and raised in Philadelphia, PA. The first five years of her... View Obituary & Service Information

The family of Zelda Helena Alicia Jackson created this Life Tributes page to make it easy to share your memories.

Zelda&#39;s journey called life began on the evening of December...

Send flowers to the Jackson family.