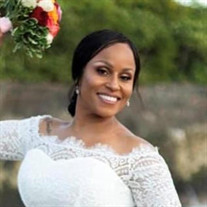 Yesenia Peña Silverio was born with the name Rémeon Kemberli Harris to parents Ronny and Leith Harris in Oakland, California on May 5, 1980. She was Leith’s first child and the only one born to their union. Rémeon did not come into the world crying. She arrived with her eyes wide open, purposefully looking around at her new surroundings. She was born determined to grab and hold on to her mother’s hospital gown after the nurse placed her on Leith’s chest. She was gripping that gown so tight, the nurse had to pry her fingers away in order to loosen her grip on Leith’s gown to pick her up. In other words, Rémeon was born to be her mother’s second heartbeat and a force to be reckoned with. From infancy to her toddler stage, she talked in full sentences before she could even walk and was a bubbly, energetic, bright chatterbox. After the dissolution of her marriage, Leith continued residing in Oakland with Réme until 1984, at which time, following her mother Christine Roberts, Leith moved to Reno, Nevada with Réme in tow. There she found better opportunities and a better life for herself and her little girl. They settled into a comfortable life in Reno and Réme grew from childhood through adolescence and into womanhood there. Her early exposure to Christianity came from attending Greater Light Christian Center with her mother, grandmother and younger brother Jamelle. During childhood and adolescence Réme attended George Westergard Elementary School, B.D. Billinghurst Middle School and Robert McQueen High School. As she grew from adolescence into young womanhood, she dreamed of going to the military, however due to a physical limitation she was not able to follow her dream. As a strong-willed, feisty young adult, she confidently began forging her own way and her own path in the world. Ever adventurous, in 2001 Rémeon relocated from Reno, Nevada to Atlanta, Georgia. Residing in Atlanta she met and married Dieufaite Milfrise in 2006. During their marriage she gladly took on being a bonus mother to Dieufaite’s young daughter Sheila and never gave up that place in Sheila’s life. From her marriage to Dieufaite were born her beloved sons Zerrin and Zacarias. Their marriage didn’t last, but she maintained a working co-parenting relationship with Dieufaite for the benefit of their children. She also made sure her boys remained knowledgeable about and connected to their Haitian roots of their father’s heritage. Réme went in the footsteps of her father. She could make those pots and pans sing, she loved to cook and taught her children how to do the same. From the time of her teenage years Rémeon loved Latin culture. Always following her heart as well as wanting to immerse herself in that culture and restart her life, between 2007-2008 she decided to change her name to Yesenia Zion Sosa Saldana and began learning Spanish. Following a new path, Yesenia married Desmond Tucker in 2013. From their union, finally a daughter was born. Her beloved “mini Yesenia” named Isabella arrived. Yesenia loved the Lord, so along with her children they attended Free Chapel Church Lawrenceville, Georgia. Her marriage to Desmond didn’t last, but once more she made sure to maintain a working co-parenting relationship with him for the benefit of their baby girl. Forever believing in marriage, Yesenia’s next path led her to the place she loved most; the Dominican Republic. There she married her loving husband Wilfredo Peña Silverio and gained another daughter Tiffany in 2019. She and her children were blessed to spend a lot of time in the DR with Wilfredo; the place she loved most, with the man she loved. Wilfredo finally made it to the US so they could build their life together, only to lose Yesenia 6 weeks after arriving Thanksgiving Day 2021. Transitioning on January 8, 2022, Yesenia is survived by her loving children Zerrin, Zacarias & Isabella, her loving husband Wilfredo Peña Silverio, Mother Leith Roberts, brother Jamelle Dalton (wife Nicole Dalton), her loving husband, and bonus daughters Sheila & Tiffany. Yesenia is also survived by aunts Linda Roberts Jones and Katherine Roberts Portis: uncles Curtis Roberts, Jr. (wife Teresa Roberts), Phillip Roberts, and Michael Roberts a multigenerational host of cousins, great aunts & uncles, cousins, and nieces & nephews.

Yesenia Peña Silverio was born with the name Rémeon Kemberli Harris to parents Ronny and Leith Harris in Oakland, California on May 5, 1980. She was Leith&#8217;s first child and the only one born to their union. Rémeon did not come into the... View Obituary & Service Information

The family of Yesenia "Rémeon" Pena Silverio created this Life Tributes page to make it easy to share your memories.