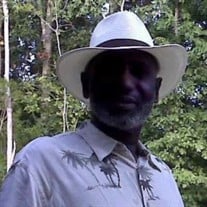 Willie Edward Simmons, Jr. (affectionately called “Bud”), was the first-born son of Willie Edward Simmons, Sr. and Mamie Jenkins Simmons of Goldsboro, North Carolina. At an early age Bud became active in the Maranatha Seventh Day Adventist Church. Sabbath School, Camp Meetings, and the total community of the Seventh Day Adventist Church would be a dominant and driving force in Bud’s life for years to come. Bud excelled in academics because of his mother, who encouraged reading at a very young age. By early childhood, he was a regular and an avid member of the city’s library system with his own library card. Reading was his favorite pastime and inspiration for the rest of his life. He read everything, all the time. It was not uncommon for Bud to come to the family meal table with a stack of reading material. His love of books, his natural curiosity, and his budding creativity contributed to his excellence in academics and even in music, as a virtuoso tuba player. He often spent hours reliving his accomplishments in elementary and high school, even relishing in the fact that (although not officially skipped) he took classes with students who were grades ahead of him. This trend continued until he graduated from Goldboro’s Dillard High School among the top of its graduates. With his high academic achievements, needless to say, he was granted acceptance to several colleges and universities across the country. Divine intervention prevailed and he accepted the offer from the Civil Engineering Department of North Carolina State University in Raleigh, North Carolina. There, he met the love of his life and future wife, Estella (Stella) Funchess. When he told the story, he saw her on their daily walks to band practice and choral music rehearsal. An intellect in her own right, Stella was nearing graduation and completion of college in just three years. After Stella graduated and was about to leave Bud behind, he decided to hold on to his love by jump-starting adulthood and becoming one of the “few good men” to enlist in the United States Marine Corps. He proposed to Stella and after marriage, they were stationed in Twenty-Nine Palms, California and then on to the Marine Corps Air Station in Santa Ana, California. He enjoyed his years of service for his country in active and reserve duties. He was honorably discharged with the rank of Staff Sergeant. God blessed Bud and Stella’s union with four children: a son, Mawuli (who preceded them to Heaven); a daughter, Afiya; and identical twin girls, Jamila, and Aisha. Knowing the importance of finishing his educati0n, Bud enrolled in California State University, Los Angeles and completed the requirements for his Bachelor of Science degree in Civil Engineering. He made significant contributions to the field of Civil Engineering, from working on the San Onofre Nuclear Power Plant, Pendleton, California, to being a founder of the National Society of Black Engineers (NSBE). Ever the reader, Bud one day saw an ad in the L. A. Times for applicants for the Assistant Director’s Training Program in Hollywood. He met all the stringent requirements and was accepted into the program. In the years that followed, Bud worked as the assistant director on many feature films and commercials all over the world until ill-health prevented his continuation. Idle time was never on Bud’s schedule. As a long-time member of MENSA (the high IQ society) Bud was now free to participate in the social, cultural, and artistic activities MENSA sponsored. He was also totally engulfed in researching the Simmons family ancestry. Through DNA testing, he was successful in tracing the family’s lineage to the country of Ghana. In addition, the family was able to connect with long-lost, distant, and unknown relatives. At the same time, there were several film projects in the making through his production company, Pine Street Film Works. (Pine Street is the street location of Bud’s childhood home.) On March 22, 2022, at 2:00 am, God called Bud home. One sister preceded him to heaven, Geraldine Simmons Rafael. He leaves to celebrate his memory: his loving wife, Estella Funchess Simmons; three daughters, Afiya D. Bankole Hughes (Dr. Tommy); Dr. Jamila T. Bankole Pitmon (Sgt. Alonzo); Aisha K. Bankole Simmons-Webb; four grandchildren, Darian M. Bankole-Miranda, Aisha S. Bankole Webb, Myles H. Bankole Webb, and Omari “Tank” Alonzo Pitmon. Bud also leaves siblings Dr. E. Joyce Roland (Dr. Lewis); Clara Dale Simmons; Lois D. Simmons Isler; his brothers Geoffrey H. Simmons, Esq. (Armenta), Wesley J. Simmons (LaVerne); Waverly Hargrove; and his very special best friend, William A. Johnson II, P.E., and a host of nieces, nephews, cousins, and friends.

The family of Willie Edward Simmons Jr. created this Life Tributes page to make it easy to share your memories.

Send flowers to the Simmons family.