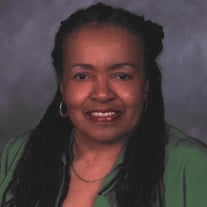 Sylvia Evelyn Hall was born on 6/24/41 in Queens, New York. She was the first child born to Sylvia Shelton and Taylor Hall. She attended Queens, NY public schools in early education. Sylvia joined the Navy in 1959. She worked in the medical field while in the Navy and was honorably discharged in 1962. While in the Navy she met Henry Lockworth and they were married in Bainbridge, Maryland in 1961. To this union, 3 children were born David Lockworth, Michael Lockworth (later Jelani Madaraka), and Adrienne Lockworth. The couple raised their family in Freeport, New York. Most of her career, Sylvia worked for the New York City Board of Education as a Data Processing Manager. Sylvia attended and graduated from Molloy College with her Baccalaureate degree and Dowling College with her Master’s degree, both in New York. She also attended St. John’s University School of Law 1977 – 1978. After retiring from the Board of Education, Sylvia relocated to Lawrenceville, Georgia where she remained until the time she went home to be with the Lord. She spent her time there volunteering for Catholic Charities and St. Vincent de Paul for twenty years, the Gwinnett County Juvenile Court Panel for two years, Atlanta Birthright for four years and she loyally donated to the Catholic Daughters of America. Prior to her illness, she was actively engaged in various ministries at St. Lawrence Catholic Church, enjoyed visiting her family and friends, traveling the world, and spending summers with her three grandchildren. Sylvia was called home to meet with the Lord on June 17, 2022, after a brief illness. She was preceded in death by her previous husband, Henry Lockworth. Sylvia leaves to mourn three children, David Lockworth Sr., Jelani Madaraka, and Adrienne Lockworth; two sisters Deborah Sharp and Linda Lovett, two brothers Donald Hall and Richard Hall; two sisters-in-law Lois Hall and Jessie Hall and two brothers-in-law Rene Lovett and Duane Sharp; three grandchildren David Lockworth Jr., Kadesha Lockworth, and Imani Lockworth, and one great-grandchild David Lockworth III; and a host of other nieces, nephews, cousins, and friends Service entrusted to Gregory B. Levett & Sons Funeral Homes Crematory; Lawrenceville; 770.338.5558

Sylvia Evelyn Hall was born on 6/24/41 in Queens, New York. She was the first child born to Sylvia Shelton and Taylor Hall. She attended Queens, NY public schools in early education. Sylvia joined the Navy in 1959. She worked in the medical... View Obituary & Service Information

The family of Sylvia Hall created this Life Tributes page to make it easy to share your memories.

Send flowers to the Hall family.