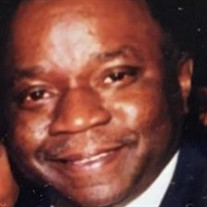 Robert Cedell Houston, 73, of Lithonia, GA passed on Thursday September 9, 2021. Celebration of Life Services will be held on Saturday September 18, 3PM in our chapel. Visitation will be on Friday September 17, from 12-8PM. Interment Georgia National Cemetery Canton, GA. Please express your condolences here on our website. Gregory B. Levett & Sons Funeral Home and Crematory Inc. 43247 Flat Shoals Parkway Decatur, GA 30034 (404) 241-5656. https://vimeo.com/603300749 Robert Cedell Houston was born on March 28, 1948 in Brooklyn, New York to the late Cedell and Ruth Houston. He was the fourth child of his parents’ eight children. Robert was affectionately known to everyone as “Bobby” or “Bob”, of course to his daughter as Dad and Nieces and Nephews as UB or “Uncle Bob”. He was known by many other names given to him by both family and friends…. some were very descriptive if you’ve been in his presence long enough {smile}. Bobby grew up with his parents, sisters and brothers in a happy home where they shared many fun times and created many wonderful memories thanks to the values instilled by his parents. He was boisterous, a good chess player, fun to be around and made everyone feel comfortable when in his presence. Bobby was educated in the New York City school system and graduated from Westinghouse High School in Brooklyn in 1966. He was a young man of 16 when he fathered his only child Michelle in 1964 with Linda Smith, the first love of his life. Both Bobby and Linda went on to complete their high school education while co-parenting their daughter. They later went separate ways due to their youth. Bobby became an active member of the military, joining the Navy from October 1966 to October 1972. He served in the Vietnam War on the USS Enterprise, and was honorably discharged. Following his years of military service, he became an employee of New York Telephone Company in 1973 where he excelled and received many promotions through dedicated years of service. In 1976, Bob transferred from New York Telephone to Pacific Northwest Bell, where he continued to excel in the company. Early 1979, Michelle took it upon herself to find her roots and went to the last known address of her grandparents, her paternal grandmother (affectionally known as Mater’) welcomed her with open arms. Shocked, happy, surprised and elated, Mater hugged and rushed her into the house and within minutes the rest of the family was present welcoming her “HOME” while Bobby was on the phone in Seattle. This was the second happiest day of Bobby’s life when only compared to her birth. Following the reunion of Michelle with her father, Linda and Bobby also reunited, married and became a family of four that included his beloved stepson, Dwayne Curtis. The family relocated to Seattle, Washington for many years. Bobby returned to New York in 1995 where he worked hard before settling in Atlanta, Georgia in 2003 with his daughter due to ill health. He loved being with family and making people laugh and having a good time. Bobby leaves to cherish his memory, his daughter Michelle, son Dwayne, four grandsons Michael, Robert, Anthony, Andre, three granddaughters, Starlis, Ashley, Chlorey, Son-in-Law Earl, three great-grandsons Makai, Chase and CJ, five sisters, Ruth, Helen, Maryann, Claudia, Nancie, one brother, George, five brothers in laws, Marty, Frank, Jack, Thomas, Buster, two sisters in laws Carol and Sheila and was unfortunately preceded in death by his brother Walter. Bobby or (UB) also leave to cherish his memories a host of nieces, nephews, family and friends. We all cherished his beautiful spirit and will be greatly missed. We love you. May you rest in peace.

Robert Cedell Houston, 73, of Lithonia, GA passed on Thursday September 9, 2021. Celebration of Life Services will be held on Saturday September 18, 3PM in our chapel. Visitation will be on Friday September 17, from 12-8PM. Interment Georgia... View Obituary & Service Information

The family of Robert Cedell Houston created this Life Tributes page to make it easy to share your memories.

Send flowers to the Houston family.