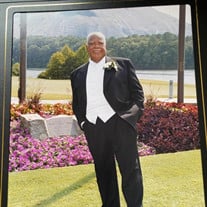 To everything there is a season and a time to every purpose under the Heavens. (Ecclesiastes 3:1-8) A time to be Born Robert Glynn Brown was born August 22, 1930, in Buffalo, New York to Reverend Robert H. Brown and Charlotte H. Brown. He was one of 5 children. His siblings were …Thomas, Mary, Shirlean and Chauncy. A Time to Plant Robert, was affectionately called “Buzzy” by his family and grew up in a Christian home. His parents co-founded the State Tabernacle Church of God in Christ of Buffalo, New York. The Church is still operational today. Robert was one of the Church’s musicians. His instruments were the trumpet and trombone. He was also one of the Sunday school teachers. As the son of a Preacher the seeds of his faith were planted at an early age. In addition to being active in the Church while attending Fosdick Masten High School, his extra-curricular activities included being a member of the Golden Gloves boxing team, high school band and running track. A Time to Build He had a reputation of being a forward thinker and hard worker. He could get things done…from hauling ice for his father’s business as a teenager, owning and running a gas station and cab stand, managing his rental properties to being one of the first black electricians at Western Electric (later AT&T/Lucent) back in the day and working his way into management. He married at a young age and took pride in taking care of his family and making sure all their needs were met. Robert loved to learn, analyze and build his mind. He was an avid reader and very technical. If you wanted to know about any new technology, he was the “go to guy”. He could school you on “the cloud”, Alexa, Fire Stick, etc. If there was something he did not know, he would “Google” it! At 91 his mind was as sharp as a double-edged sword! … LOL. A Time to Uproot During his career with AT&T/Lucent, he was relocated several times with the company … from New York to Nebraska to South Carolina to Virginia. After retirement he also relocated with his daughter, Glenice and the late Clarice Brown to New Jersey and Colorado before settling in Georgia in 1999. In the process of the many moves, he was able to positively touch many lives in many states on and off his job with his gift of encouragement and positive spirit. A Time to Embrace After 23 years of service with AT&T/Lucent, Robert retired at age 55 with an early retirement package from the company. He embraced the retirement stage of his life for 36 years before passing. He enjoyed church, participating in the Senior’s ministry, teaching Children’s Church, travelling with family and friends, aqua aerobics with his “water buddies”, listening to music with Alexa, watching the animal channel and historical documentaries, streaming on his Amazon Fire Stick, texting, sending emojis (often ending his text with “Keep Hope Alive!”), forwarding educational information he found on YouTube and sharing his knowledge and wisdom with whoever would listen, especially as he sat in his favorite chair. As he became less mobile, he also enjoyed what he called “virtual travel” to other countries online. A Time to Love Robert was blessed to have 2 Loves of His Life, Leclorist Penn Brown, who was with him until he time of his death and the late Clarice Vivian Brown. From his union with Clarice Brown, 2 children were born, Valencia and Glenice. A Time to Remember Robert Brown is remembered by his loving wife, Leclorist Penn Brown, his daughters, Valencia Brown Williams and Glenice Harris, his grandsons, Lafayette Brown (Yuko) and Zaqui Nazeer, 2 Sister in Laws, Juanita Jones and Joyce Jones and a host of relatives and friends.

To everything there is a season and a time to every purpose under the Heavens. (Ecclesiastes 3:1-8) A time to be Born Robert Glynn Brown was born August 22, 1930, in Buffalo, New York to Reverend Robert H. Brown and Charlotte H. Brown. He... View Obituary & Service Information

The family of Robert Glynn Brown created this Life Tributes page to make it easy to share your memories.

To everything there is a season and a time to every purpose under...

Send flowers to the Brown family.