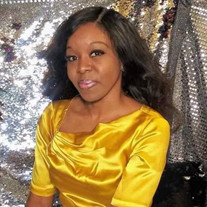 Marcia Abigail Chance was born in Georgetown, Guyana on January 8th, 1979, to Gwenette Chance and Milton Chance. She attended Benab Preschool in Yeoville, Guyana then Litchfield Primary School. During those years she was affectionately known to many family members as “Fluff-up”, “Bonga Tuffy”, “Duff” and Marcy. In 1987 she migrated to Brooklyn, NY with her sister Michelle Chance. There they were reunited with their parents and met their little sister Maxine. In 1987 she attended PS 219 Elementary school in Brooklyn. Upon moving to South Ozone Park Queens, she attended PS 96 elementary school and later Virgil Grisom JHS 226. While attending Far Rockaway High School Marcia received numerous awards for excelling in Health Occupation Education as a Nursing Assistant. She was also known as one of Far Rockaways best track & field athlete. Marcia competed in Penn Relay events where she was rewarded with medals of excellence and speed. Marcia graduated from Far Rockaway High School in 1997 with a plethora of awards, medals, trophies, and Penn Relay recognition. She proceeded to attend Stony Brook University from September 1997 to May 2001 where she graduated with her Bachelor of Science majoring in Health Technology and Management. 21Marcy has always been a “runner”, “go-getter” and “chaser of dreams”. She was blessed with many talents and known to be a “Jack of All trades” D-I-Yer and avid entrepreneur. She was always nurturing to her siblings and cousins. Making sure everyone’s hair was well done whether it was braids, weave, or a quick line-up. In her younger years, Marcy always found a way to make a way whether it was selling candy bars for the track team, making flag key chains and car decorations, or doing hair. Later on, her career blossomed as an well accomplished insurance agent and broker. Marcia went to be with the Lord on November 25th 2021, Thanksgiving Day. We thank God for every minute and second, we have spent with Marcy. She leaves behind her husband Varance Hibbert, children Victoria Walker, Varian and Victor and Grandson K’zahn Walker. Sisters Michelle Vaughn and Maxine Chance-Ebanks. Brother in-Laws Orin Vaughn and Richard Ebanks. Nieces and nephew, Xhosa Meulens, Micah Plaisance and Mahalia Ebanks. A host of aunts and uncles with special mentions of Camille Wade, Jacqueline Wade, Eugenie Alesis Blair, Clayton Wade and Ivelaw Wade. Too many names to mention of cousins and friends. Marcia Chance lived a life where she loved her family. She made it a priority to go above and beyond for anyone who needed help. Marcia Chance a Queen and Virtuous Woman will never be forgotten but will always be celebrated. Rest in Peace & Love Marcy

Marcia Abigail Chance was born in Georgetown, Guyana on January 8th, 1979, to Gwenette Chance and Milton Chance. She attended Benab Preschool in Yeoville, Guyana then Litchfield Primary School. During those years she was affectionately known... View Obituary & Service Information

The family of Marcia Abigail Chance created this Life Tributes page to make it easy to share your memories.

Marcia Abigail Chance was born in Georgetown, Guyana on January...

Send flowers to the Chance family.