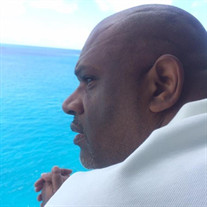 James Larry Collier Jr. was born in Harlem, New York on November 24, 1962 to the proud parents of, Cheryl Sue Vernon and James Larry Collier Sr. He matriculated through elementary school, middle school, and high school in New York, New York. Afterwards, he attended New York City College beginning his higher education. As a young man, he moved to Atlanta, Georgia to attend Georgia Perimeter College where he completed his 2-year associate degree in mathematics. He continued his pursuit in his goal to becoming an engineer at the Georgia Institute of Technology where he graduated with a Bachelor of Science in Engineering and Mechanics in 1993. After he graduated from Georgia Tech, he started his career as a math teacher at Georgia Perimeter College. Shortly after, he pivoted into the Telecom-Broadband industry as a Systems Engineer from 1995-2007. He shifted gears working as an Optical Transport Engineer from 2007-2021. In the latter part of his life, he’d set roots with CableOne as an Optical/IP Transport Engineer until he transition into his eternal rest. He joined Saint Philip AME Church in the early 90s as a young man where he joined and served in the Young Adult Ministry (better known as YAM). All the while, he met his wife of 25 years at Georgia Perimeter College as her math tutor. They married on August 17, 1996 where they set their spiritual roots at Saint Philip AME. He served in The Male Chorus, attended the Henry McNeal Turner Sunday School Class, and cherished both deeply. His memory will be cherished by his: wife; Arnitta Collier, sons; Jordan Collier and Steven Caleb Lyons, daughter; Lanitta Cherylanne Collier (affectionately known as his princess), relatives, friends, and colleagues. He expressed that he’s put his faith, hope, and trust in Jesus Christ all the way to his final breath on October 18, 2021.

The family of James Larry Collier Jr. created this Life Tributes page to make it easy to share your memories.