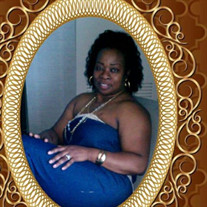 Jacqueline Hope Stewart Reid was born on December 19th, 1964 in Beckford Kraal, Clarendon via Hazel Byfield and Hubert Stewart attended Wasonton Primary and Vere Technical high school. A very intelligent young woman who was groomed into a classy, articulate, and radiant young woman, with the assistance of her late Aunt Leta Lewis. She met Whitcliff, the love of her life in Hayes, New Town, JA., before leaving to the United States, live in NYC with her father Hubert and other siblings Maureen, Michael, and Nicole Stewart in 1985. From there Jacqueline acquired a job with Chase bank in Manhattan, New York, and began to make her way as a young professional. In October of 1988 she and Whitcliff gave birth to their first son who they named Kevin, in September of 1992 they gave birth to twins Janiel and Javell, Jacqueline now had a family of her own and was committed to providing a level of love and care that would create a bond between the five of them that would be unbreakable. Jacqueline acquired a job at Bernard Fineson working with disabled and mentally challenged Individuals, exhibiting exceptional patience and care to her clients for a number of years, honing her caregiving skills to better serve her community and push her family forwards. Jacqueline attended Borough of Manhattan Community College to complete qualifications for nursing and ultimately in the early 2000s and showcased her wonderful personality and caregiving skills for years assisting a countless number of patients who ask for her by name “Nurse Jackie”. She and her family moved to Snellville, GA in 2006 after purchasing a home to build a new series of memories that they have enjoyed together until her call to glory. Jacqueline strived to inspire those around her to be purposeful, leading by example overcoming her own life’s obstacles, and never settling or allowing anyone or anything to keep her away from her goals. A true trailblazer she was a leader to siblings on both her mother’s and father’s side, showing that while you can do things for yourself you can still help others. She also worked exceptionally hard to provide a carefree life for her children who were all given an abundance of love and encouragement as they grew to be well-mannered and articulate individuals like their parents. She offered that same love and encouragement to friends and family members and showed this in countless amount of ways. From calm sensible words in times of conflict, warm hugs to make you feel loved, comical yet serious threats when you stepped outta line or making food for you that was second to none! Famously called “Jackie” by her peers and “Auntie Jackie” and “Ms. Jackie” Her energy will never be forgotten nor the love she shared while gracing us with memories to last a lifetime. The Things she said and did will live on with everyone she met and hopefully, bring on a smile as you remember her how special she is and was.

The family of Jacqueline Hope Stewart-Reid created this Life Tributes page to make it easy to share your memories.

Send flowers to the Stewart-Reid family.