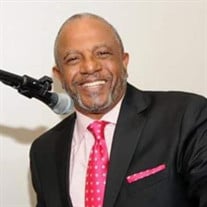 Gregory Vance Monroe, Sr. was born to Horace Monroe and Dorothy Wilson on July 9, 1949, in Deland, FL. He spent his early years in Deland being nurtured by his mother, godmother, Mama Mattie Allen, and Aunt Hattie Rowe. He moved to Ocala, Florida in 1959 and remained there until finishing school. After beginning High School at Howard High, Greg was a member of a pioneering group of students who integrated Ocala High School in 1966. He graduated from Ocala High School in 1967. After graduation, Greg served in the Vietnam War. When he returned, he attended and graduated from Central FL Community College. After CFCC, he attended the University of Florida. On March 22, 1974, he married Dianna McNeil, a high school classmate. This union was blessed with three amazing children. Greg was a pioneering IT Specialist with IBM for 10 years. In 1984, IBM relocated the Monroe family to Stone Mountain, GA. Greg became an IT Engineer with Kaiser Permanente and helped lead Kaiser into the computer age. He remained with Kaiser until his retirement in 2016. In 2017, Greg graduated Summa Cum Laude from World Changers Bible School. Greg never missed an opportunity to minister and teach. Some of the memorable lessons taught were: …” We are to work hard and leave a legacy for our families.” …” We are to be kind to people, no matter the circumstances. “ The principles taught in Robert Kiyosaki’s Cash Flow Quadrant: employment, entrepreneurship, business owner, and investor. Greg was well-read and his jobs allowed him to travel the world. He co-authored a book: A Blueprint to Answered Prayer and Manifestation of God’s Promises for Your Life. He departed this life on December 14, 2021. Greg was preceded in death by his parents, Horace Monroe, and Dorothy Wilson, his godmother, Mattie Allen and Aunt Hattie Rowe. He is survived by his wife of forty-seven years, Dianna Monroe, sons Gregory Vance Monroe, II (Vanessa), Gabriel Vance Monroe (Marie) and a daughter, Gillian Victoria Robinson (Ron). There is six grandchildren Isaiah Christian, Tereca Monroe, Dillon Robinson, Gavin Monroe, Peyton Robinson, and Grayson Robinson. One great grand, Chanel Monroe.

Gregory Vance Monroe, Sr. was born to Horace Monroe and Dorothy Wilson on July 9, 1949, in Deland, FL. He spent his early years in Deland being nurtured by his mother, godmother, Mama Mattie Allen, and Aunt Hattie Rowe. He moved to Ocala, Florida... View Obituary & Service Information

The family of Gregory Vance Monroe Sr. created this Life Tributes page to make it easy to share your memories.

Send flowers to the Monroe family.