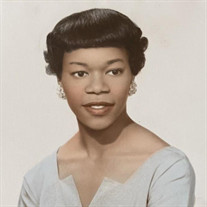 https://vimeo.com/event/961714 Obituary Mrs. Barbara Smith Boyd was born on March 22, 1939, in Birmingham, Alabama to Sam and Cora (Corbin) Smith. She received Christ at an early age, and united with the Green Liberty Baptist Church on the south side of Birmingham, Alabama. She received her primary and secondary education in the Jefferson County school system and graduated from Ullman High School in 1956, where she was the secretary of her class. She entered Tuskegee Institute in the fall of that year. She majored in Nursing and due to restrictions barring Black student nurses from participating in clinical preparation in the south, she traveled to New York City with her class to complete her studies. Barbara graduated from Tuskegee Institute with a B.S in Nursing in 1960. She was married to Bennie Boyd in the same year. Barbara’s first job was at the University Hospital in Birmingham, Alabama. She later worked at the Veteran’s Hospital in Augusta, Georgia and the U.S. Army Hospital in Seoul, South Korea. She also taught nursing for four years at Thomas Nelson Community College in Newport News, Virginia. In 1983, Barbara earned a master's degree in Nursing from Georgia State University, where she was designated a Georgia Regent’s Scholar. She worked as a Nurse Practitioner and Diabetes Educator at Grady Hospital for 20 years. As a military wife Barbara traveled to Kansas, Georgia, New Jersey, California, Virginia, Germany and South Korea. She enjoyed playing bridge, travel, spiritual study, and talking about her grandchildren. After her retirement in 2003, she traveled extensively with her friends and family. Barbara visited every continent, except for Antarctica. She made two trips to the Holy Land where she retraced the steps of the apostle Paul. She was particularly moved by a visit to Mt. Patmos. Barbara is survived by Bennie, her husband of 61 years; sister, Evelyn Whetzel; daughters, Kimberli (Byron) Boyd-Johnson and Damita (Laura) Bingham-Boyd; stepson Douglas (Jannie) Bonner; brother-in-law, Donald Boyd; grandchildren, Benjamin Bonner, Lloyd (Nia) Bonner, Desmond Bonner, Anasha Stevens, Rahsaan Stevens, and Zion Boyd-Johnson; great-grandson Brandon Bonner; and a host of friends and community members who will miss her dearly.

https://vimeo.com/event/961714 Obituary Mrs. Barbara Smith Boyd was born on March 22, 1939, in Birmingham, Alabama to Sam and Cora (Corbin) Smith. She received Christ at an early age, and united with the Green Liberty Baptist Church on the... View Obituary & Service Information

The family of Barbara Ann Boyd created this Life Tributes page to make it easy to share your memories.

Send flowers to the Boyd family.